After all the exciting and crazy matches, the Paris and Bayern Munich will be stepping on field for UEFA Campion League Final. Paris became the first team to book their place in the final when they beat Leipzig 3-0 in their semi-final. They will come up against five-time winners Bayern, who overcame Lyon by the same score line in their last-four encounter.

The football lovers are going crazy after an exciting semifinal of RB Leipzig vs. Paris and Lyon vs. Bayern and impatiently waiting for the Final of Paris vs. Bayern. But why should watch this interesting and exciting Final in front of mobile screen or small television screen?

Smoke Lab is hosting a Live Screening of UEFA Champion league Final for all the football lovers to experience the grand match on the large screen of Dubai at Smoke Lab. 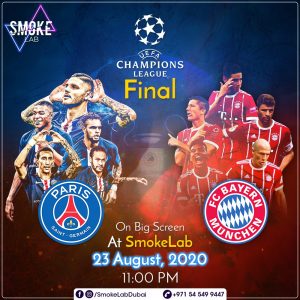 Experience the UEFA final Live Screening with a luxury and fine dine-in at Smoke Lab and also feed your food cravings while watching the final. Not only this, also enjoy your favorite Shisha favors with a good ambiance and live screening.

The amount of football lovers waiting for the Final of Paris vs. Bayern is crazy, so be sure you reserve your seats right now before we are fully booked. Will Bayern Munich end up losing in finals or Paris? Come at our live screening to find out! 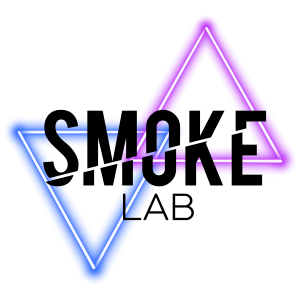